I rarely talk about our dog Sam.  Not because he is not important to us, far from it, it is just he is part of the core family and I tend to be private about family and family things.  Yes I talk all the time about Bummy and the Tinks but they are out in the public so I tend to focus on them.

Today was a gorgeous Carolina day – the Chamber of Commerce could not have made it any better if they tried.  It is a touch under 70 degrees with a beautiful blue sky and scattered white fluffy clouds.  I coaxed Sam off his orthopedic bed for a trip out.  At 14 he has his good days and his bad days with the bad days outweighing the good at this time.

Six months ago an ER vet diagnosed him with cancer and recommended he be put to sleep – considering the vet looked and acted more like a janitor than a vet I smiled and took my dog home.  A visit with my vet gave us a plan and some meds and we were effectively managing the symptoms of whatever it was that was wrong with him.  At this point it did not matter WHAT was wrong – it was alleviating the symptoms.

As we walked down the road I let Sam meander – something I usually did not do because on a good day he tended to walk like a drunk, going this way and that and taking three times as long as it would take had he just walked in a straight line.  I thought back to the day we got him – I had whined and cajoled Steve until he gave in and said yes we could get a dog.  Because I knew he really just said yes to shut me up,  I bundled Sean in the car and drove to a local rescue.

It is there we met Sam and his siblings.  He was part of a litter of six who had been thrown from a pickup truck on I-95.  Luckily a lady saw this and stopped and saved the pups.  I wanted one of the darker ones but Steve picked out Sam and since he was not exactly thrilled with getting a dog I decided to let him pick the puppy and the name – SAM.

We since found out Sam was an American Dingo not the Beagle cross we were told (it is still a joke) and that through DNA they thought he was part of a wild pack.  The $50 rescue would have cost us $800-$1200 from a breeder!

Through the years Sam has been the best dog, allowing Sean to do just about anything he could to him without a growl or even a sigh.  In the last few years he has grudgingly been a mentor to the Tinks – especially Stinger.  RedDog loves nothing more than to lope circles around Sam as they are in the yard.

For today’s special walk Sam wore Stingers leash.  He made it about two sides of a block before he slowed down and then turned around to walk home – something he never did.  At the end of the block Steve met us with the car and I sat in the back with Sam.

Ever the brat, He wanted the window open, so i held him (he is quite wobbly) as he held his head out the window to feel the sun on his face and the wind on his ears.  We got out of the car and he was not ready to do in.  Defiantly he stood there as if drinking in the air and feeling the sun on his coat.

Reluctantly he walked into the vets office when he finally had his fill.  I asked for a bowl of water and he drank as much as he could.  And unlike the last two days actually held it down.  I sat next to him and told him how much we loved him and how I could not let him suffer anymore.  How grateful to him I was for helping me to raise Sean, for tolerating the cats and yes even  loving the Tinks.

As his spirit left his body his last act was a howl, to me it was like the last words of a wild dog on the earth.  Not from pain but as if to tell the world his body was gone but his spirit remained.  I said goodbye, took off Stinger’s leash and walked out the door.  A part of my heart is gone, but will never be forgotten. 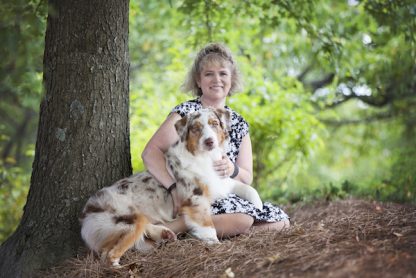 Read Next
Calabrone Show Dogs is owned by Jodie Strait of Davidson, NC.  The name Calabrone is Bumble Bee in… 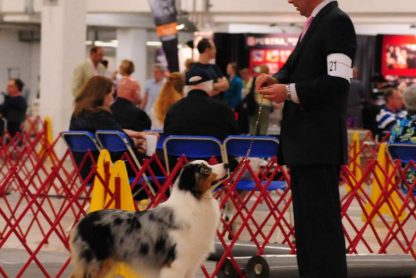 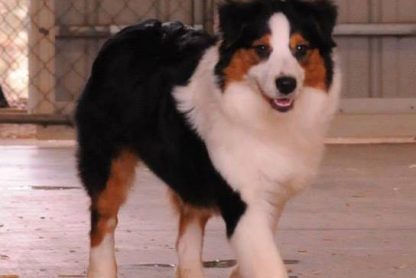 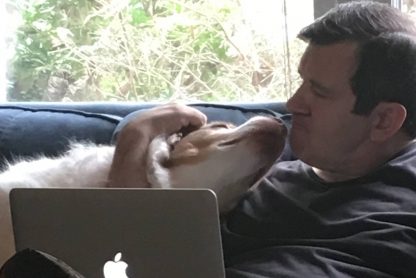