Hamilton is one of those dogs that you look back and wonder how lucky you were to be at the right place at the right time. Everyone that meets him falls under his spell – he is literally full of charisma but at the same time loves nothing more than to snuggle under the covers.

When moving to a new breed and even moving from a larger dog to a table breed can be daunting and having a dog like Hami made me look way better handler than I am. We have been very lucky to have Jim and Marcia close by and help us but I have to say had you told me I would be able to finish Hamilton from the 6-9 month puppy class I would have looked at you like you were crazy – but we did!

It’s a blessing and a curse to finish him so quickly, he is too young to be able to compete in the Best of Breed ring but I am hoping that we can show once a month or so and maybe look into nosework or something else to keep him occupied for the next few months. His future is so bright in the ring and at home he is my best buddy – the world cannot get any better!

How Hamilton Entered Our World

Getting Hamilton was one of those things where the world aligned for this to happen.  At the last minute I decided to go to the 2021 Royal Canin AKC National Dog Show.  We had just lost Jelly a few weeks before and we were all so sad and I was on the fence about going.  I decided to go but not really tell anyone because I was not sure how I would feel when I got there.  I was really worried about Mabel who was devastated about the loss of her best friend Jelly and I was hoping I could figure something out.

I was still waiting on my show Peke and I was not sure when that would happen (I was practicing my patience!) so I started thinking about the possibility of another breed.  I needed to find something that I could show along with my Peke that would also get along with Pekes and hopefully be a companion to Mabel.  As I stalked the Toy and Non Sporting rings I kept checking more and more breeds off my list but one always kept rising to the top – Tibetan Spaniels.  I had seen the breed at many shows and I had always liked them so I began asking friends about the breed.

Tibbies were bred by Buddhist monks to guard their temples.  They have some similar attributes to the Pekingese but have longer legs and their coats do not need the grooming that a peke does – they also are very active and sturdy so I knew they would be okay with the Aussies.  I found a breed but now I needed to find a puppy!  And in this COVID world, I hoped I would be able to find a Tibbie faster than my wait for a show peke!

It seemed everyone and anyone pointed me in the same direction and when my friend Kim (owner of the Dynasty Miniature American Shepherds the best MAS there is) came down she and I started plotting.  One of her puppy owners used to have Tibbies and she contacted her and she also recommended a breeder – the SAME breeder that everyone else did.  Marcia and Jim who own Arabelle Tibetan Spaniels.

Kim and I went to their breed ring and watched the ring but also the exhibitors as they had a dog showing.  After the judging finished we introduced ourselves to Jim and then to Marcia and I explained my situation.  I was looking for a show dog that would be a good companion for a Peke but also sturdy enough for Aussies.  Not only did they agree a Tibbie would work, they actually had a litter.  We went out to their motorhome and met four six week old puppies.  Marcia said they may have a male available for a show home and to fill out an application.

Of course I filled out my application that night and reached out after the new year and Marcia said they would have a puppy!  A few weeks later I drove up and got Hami!  What is funny is he was the puppy that I immediately resonated to that first meeting but I had let Marcia pick my puppy and in the end I guess it was met to be.  Hami is named after the Broadway play Hamilton.  Specifically the line “There’s a million things I have not done, but Just You Wait.”

Mabel was overjoyed to have a puppy to boss around, Bacon and Hamilton are the best of friends and everyone that meets him falls in love.  He is always so happy and sweet and I adore him as much as he does me.

Hamilton completed his AKC Championship with ease in the 6-9 puppy class. He reminds me so much of his father William and the future is so bright. But more than points, he has stolen hearts where ever he goes – he is the sweetest and silliest boy in the world.

At the 2022 Royal Canin AKC National Championship (Brevard Kennel Club) pre-show, Hamilton was awarded Best of Breed over many of the top ranked Tibetan Spaniels in the country by Mrs Charlotte Patterson who is one of the icons of the fancy. Her words were ‘people are afraid to put up a puppy but I wanted to be the first to recognize this very talented young dog.’ We agree with her that his future is bright and cannot wait to continue our journey. 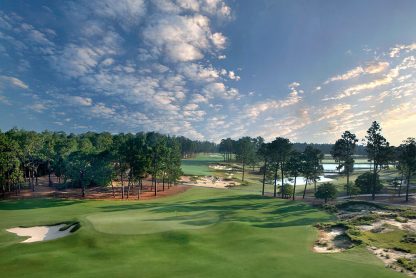