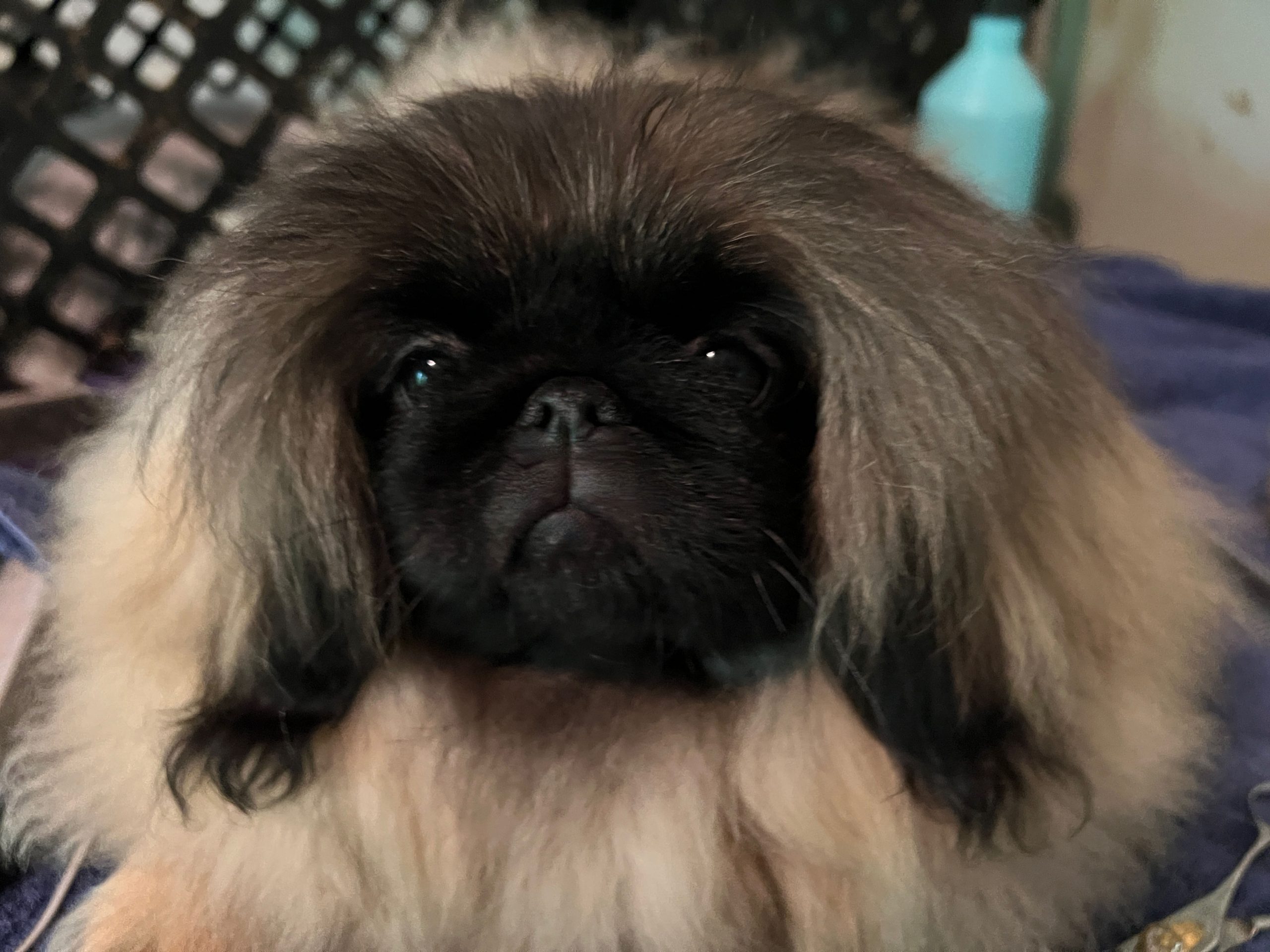 I went up to Pequest in a quest to gone one Pekingese and then I came home with two.  My friend Kay had told me to bring an extra crate ‘just in case.’  You can never be too rich, too thin or have too many Pekes!  I knew that there were two litters to look at and I was really struggling because each litter had so much to offer.

I really liked two girls in the younger litter and of course Eliza.  I made the comment that it is hard because I loved both pedigrees and David casually said – well take two.  After two years of waiting I did not hesitate and that is how Angelica ended up coming to North Carolina.  Her dam is a full sister to BIS GCH Pequest Fortune Cookie (my buddy who I call FC) and CH Pequest Rum Dum and his sire Harry is from the famed Yakee Kennel.  But more than that Angelica had sass to her and she just made me smile.

I was a bit concerned when I told Steve about the “extra” dog but Angelica is a smart girl and immediately picked Steve as her pet human. It is almost a bit nauseating.  I brought her to a show a couple weeks after I got her and she was completely chill.  She and I will have a ton of fun I think!  And of course I had to name her Angelica so she could stay in theme!  Her name is obviously from the song “The Schuyler Sisters” and hopefully she will be as successful and fierce as her namesake. 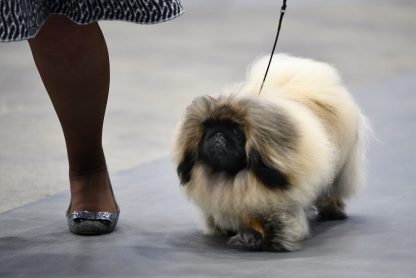 Pequest Who Tells Your Story